Wonder Voyage pilgrims have served Mandy’s Farm in Albuquerque, New Mexico for three years. The Farm assists individuals with developmental disabilities to help them achieve goals by structuring a positive, purposeful and caring environment for living, learning, and working in the community. It is frequently a highlight of pilgrims’ trips. This year Wonder Voyage had three teams build five raised beds and two chicken coops to help the residents of the men’s house have self-sustaining food sources.

The Building of a Legacy

This was my first year as Legacy Coordinator. Though family and home obligations usually keep me planted in Texas, I made the road trip to see the pilgrims in action in Albuquerque.

I spent the morning encouraging the team of young pilgrims, as they got their hands dirty using tools they’d never used, in order to invest in people who could never repay them. I saw a youth leader willing to help a teenage girl hurdle her self-imposed assumption that only men can use power tools. I saw a young man who hated dirt get elbow-deep in soil. I watched a group of teenagers work through directions and come out with a chicken coop and garden beds that will make men more self-sufficient than they were before we arrived.

After a sack lunch, the team and I traveled to the main campus of Mandy’s Farm where we helped clean the barn, stabilize steps, and organize supplies. Knowing that I have chickens on my own homestead, one of the staff members asked if I could look at an issue with the chicken coop on that campus. A few of the pilgrims and I found supplies on-hand and suspended the chicken feeder and fixed the coop door so it would freely open and close. After we finished the project, the staffer said the handicapped resident who works with the chickens was having to strain to move the rock they were using as a door stop each day just to get in and out of the coop to gather eggs. Our 30-minute project would make her life significantly easier.

I have financially invested in Wonder Voyage for years because my desire is to leave a legacy that will outlive me. This year I got to see just such a legacy literally being built with lumber, screws, and willing hands. I was able to experience the reality that projects don’t always have to be huge to have a real impact on people’s lives. Sometimes, it turns out, building a legacy is as simple as building a nest for birds. – Jamie Richardson

After being a Wonder Voyage supporter for 12 years, Jamie joined our team as the Legacy Coordinator  to bring fellow non-travelers into the Wonder Voyage community.

There are no current needs for this project 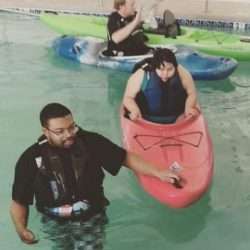 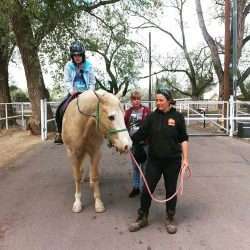 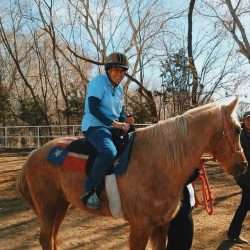 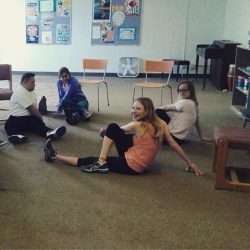 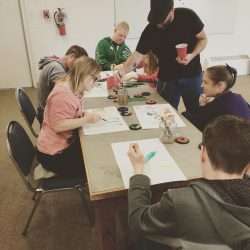 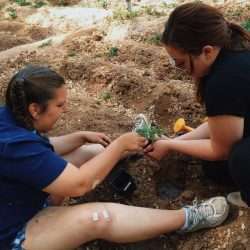 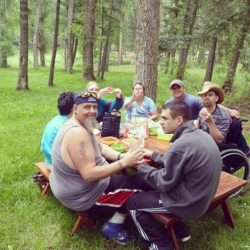