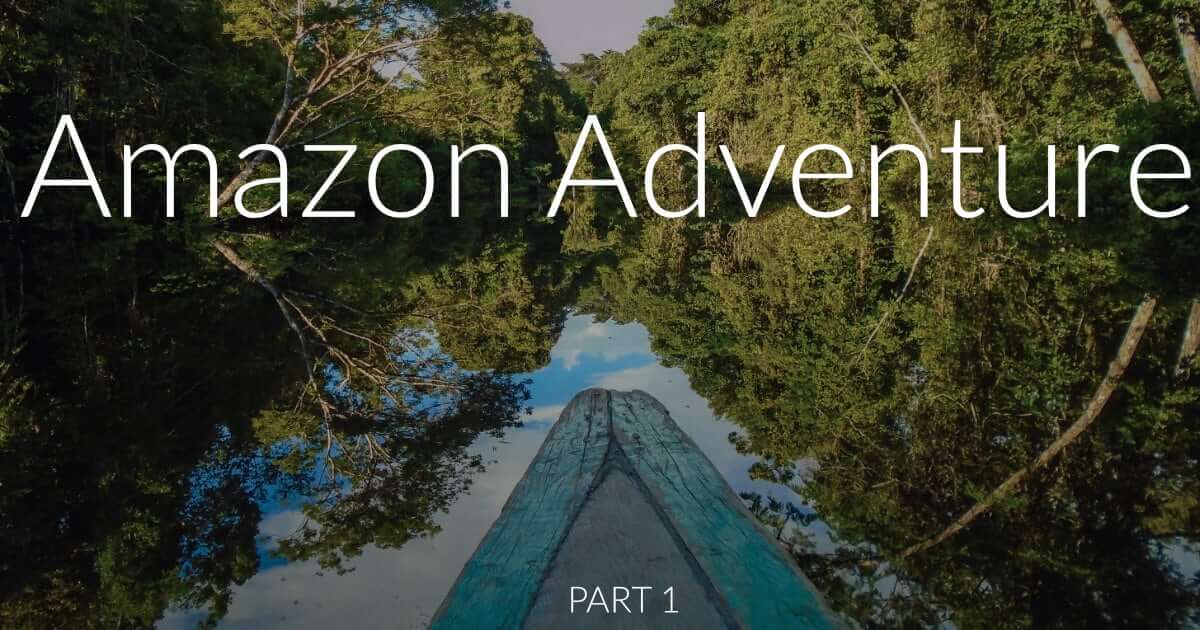 Last week, Shawn shared his story of how the wonder of “Raiders of the Lost Ark” drew him to a life of adventure. This week we continue his story as he reflects on his first trip to the Amazon as described in his pending travel memoir.

Even though I had been to dozens of countries, the Amazon had remained unvisited. When I received the invitation to join one of my traveling buddies on an impromptu Amazon River voyage from Iquitos to the Tres Fronteras, where Columbia, Peru, and Brazil meet, I didn’t hesitate. I saw my opportunity to fulfill a twenty-five-year-old dream that had dropped in my heart the first time I saw the opening scene in Raiders of the Lost Ark.

The day we landed in Iquitos we scoured the town looking for a local crew to take us downriver. Iquitos is an out-of-the-way-on-the-edge-of-the-world town that draws the ultra-adventurous, isolationists, and fugitives from around the globe.

We sauntered through the brash and noisy streets into the beautifully lit town square, where a bluish hue coming from the Cathedral Tower set a melancholy tone. We had not researched the various outfits available for such an adventure but my friend, Keith, assured me it would all work out. Traveling with a guy like Keith re-stokes my faith in the inevitability of things working out. We don’t always need a plan of action. 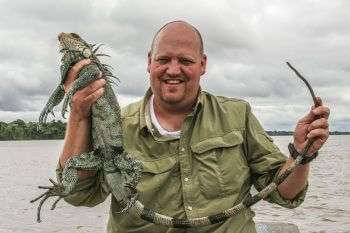 Our inquiries led us to a local bar called the Yellow Rose, where we met a bighearted ex-pat Texan who ran the tavern. After hearing our plan, which didn’t faze him in the least, he arranged a meeting for us with the owner of a local company called Amazon Explorers.

The owner of the company, Percy Diaz, received his education in eco-tourism in the United States for sole the purpose of returning home to establish a small outfit to meet the growing number of visitors in need of local guides. As a Kampa Indian, he had a deep respect for the Amazon, her people, their stories, and the ecology and environment. It only took five minutes of negotiating with Percy before we knew we wanted him as our captain. 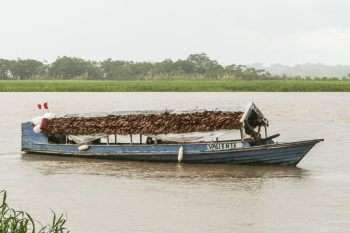 After we shook hands, Percy took us to see our home for the next two weeks: a baby blue, forty-foot long, eight-foot-wide canoe named the .

Designed to cut the water with ease, the Valiente’s tin roof, crowned with braided banana leaves, repelled the brutal midday sun and the inevitable afternoon downpours.

In the cool of the day, before the sweltering heat set in, I sat on the bow of the canoe with my legs hanging over. My feet cut the black water while I devoured the constantly changing vistas as we floated downstream. A day out from Iquitos, sailing northeast on the Amazon, I shook my head in amazement. The bow of the Valiente was the exact spot that thirteen-year-old boy, watching his favorite movie, had longed to be.