Over the last two weeks, Eric Neubauer shared his love for “A Christmas Story” and Georgia Small talked about her connection with “A Charlie Brown Christmas.” This week, Michael Flickinger celebrates his favorite Christmas movie: “A Muppet Christmas Carol.” 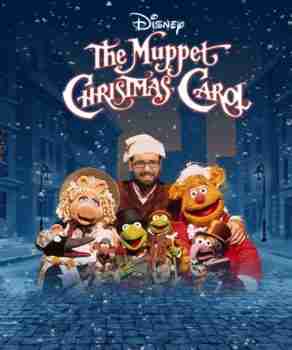 “So many Christmas movies are pretty awful! I like this one because it’s a little sentimental without overdoing it, and it remains fairly true to the original story by Dickens,” Michael said.

The Muppets first appeared on Sesame Street in 1969, starred in their own series in 1976, and had their first of 13 movies in 1979. “A Muppet Christmas Carol” is set in London.

“I’ve never actually been to London. But I think Victorian London is fascinating and would time travel there in a heartbeat,” Michael said.

“A Muppet Christmas Carol” features Michael Cain as Scrooge and 135 carolers as accompaniments.

“My kids will start watching it around Thanksgiving, and they’ll watch it several times through the Christmas season,” Michael said. “It’s one of the few I’ll actually watch with them.”