Why Are We Called Wonder Voyage? 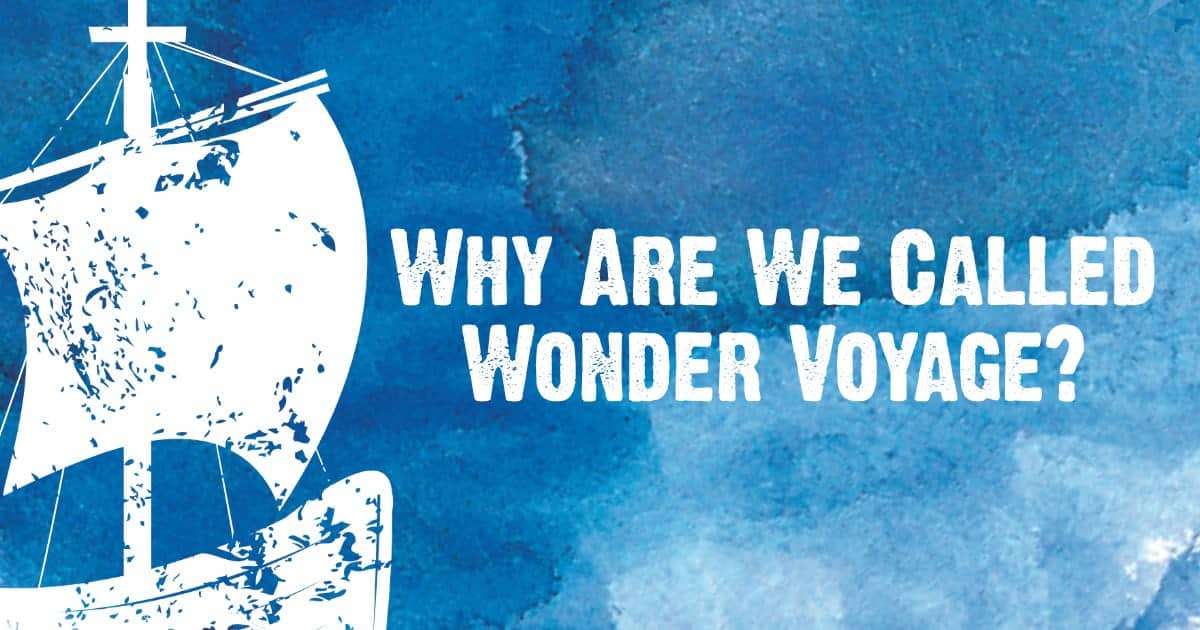 The name Wonder Voyage strikes several images in the minds of those who hear it: a treasure hunt, a pilgrim on a search for God, a quest for wonder, or even a spiritual experience. But the origin of our name, Wonder Voyage, can be traced back to ancient pre-Christian Ireland.

Shawn had little connection with Celtic Christianity before he picked up Thomas Cahill’s best-selling book, How the Irish Saved Civilization, in 1995.  He had no knowledge of how much it would impact the trajectory of his life. It connected Shawn with the history of the Christian faith and how Celtic Christianity impacted the world religiously, socially, and educationally. By 1996, Shawn was leading his first student trip to Ireland.

While reading, the term immrama (translated as Wonder Voyage) caught his eye. An immrama is an ancient epic voyage tale in which the hero faces a series of adventures, usually at great sacrifice. These quests become the catalyst of redemption for a people in need of deliverance.

The early Christians of Ireland saw the truth behind these tales, and it inspired a longing to bring their newfound faith to the edges of the world. Some of the best-known immramas were tales of holy men and women who left their home with no known destination. They would set sail in small boats, pull up their rudder, and pray: “Lord, take us wherever You desire.” Wherever their boat eventually landed was their new home. Columcille’s Iona, off the western coast of Scotland, is the most famous example of these voyages.

These stories inspired a play Shawn wrote for that first Ireland trip. For the next four years, the play called Immrama traveled throughout Ireland, the US, and Canada in arts and Celtic festivals. The 45-minute show, a retelling of the book of Hosea in a Celtic-motif, had a cast of 12, plenty of sword fights, and celebrated Celtic dance and traditions.

Shawn wanted to disconnect adventurers from the ties that keep them bound to their safe and overstuffed lives and allow others to experience modern-day immrama of their own. When he started his own non-profit in 2000, Wonder Voyage Missions was the perfect name.

The heart of Wonder Voyage is in the name itself: we take people on a great adventure of extraordinary exploration into unfamiliar cultures (the Voyage) where they can encounter God (the Wonder) through the eyes of strangers (the Mission). The name Wonder Voyage Missions has become synonymous with matchless journeys that continue to stir the imagination of thousands.