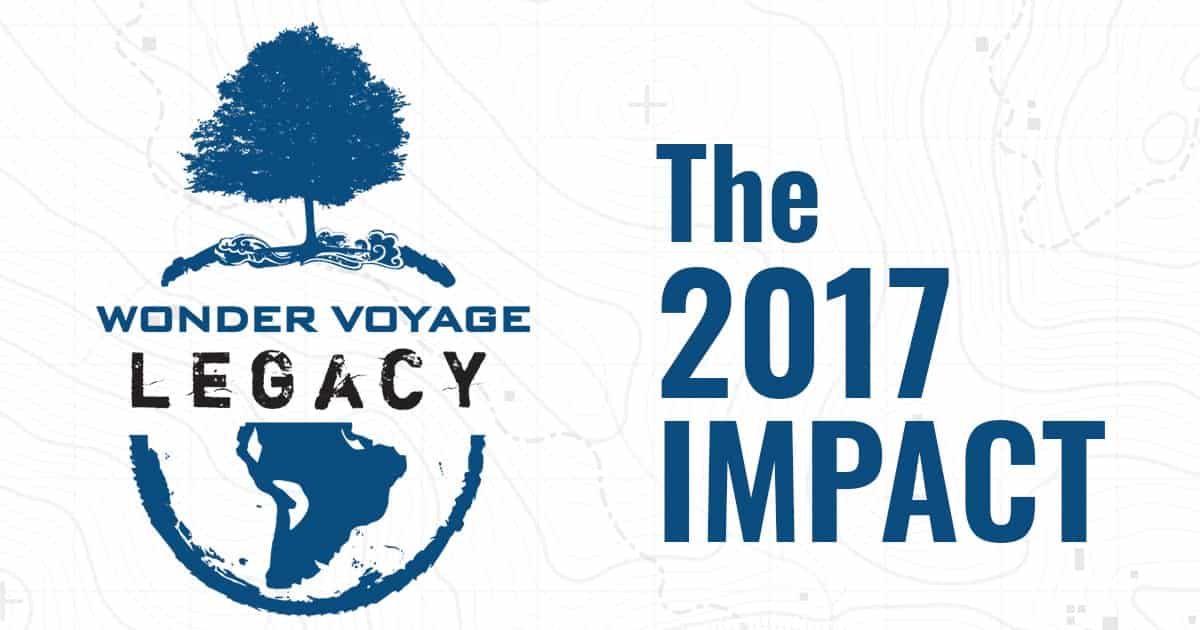 Because of the overwhelming generosity of our supporters in 2017, Wonder Voyage Legacy made a positive impact in several locations around the world. Supporters invested $6000 while our pilgrims served 684 hours to bring four major projects to fruition.

It’s amazing how far your investment can stretch when 100% of funds go straight to the projects.

If you want to get involved today, check out this year’s legacy projects at wondervoyage.com/legacy-project. Your support changes lives and makes a difference.