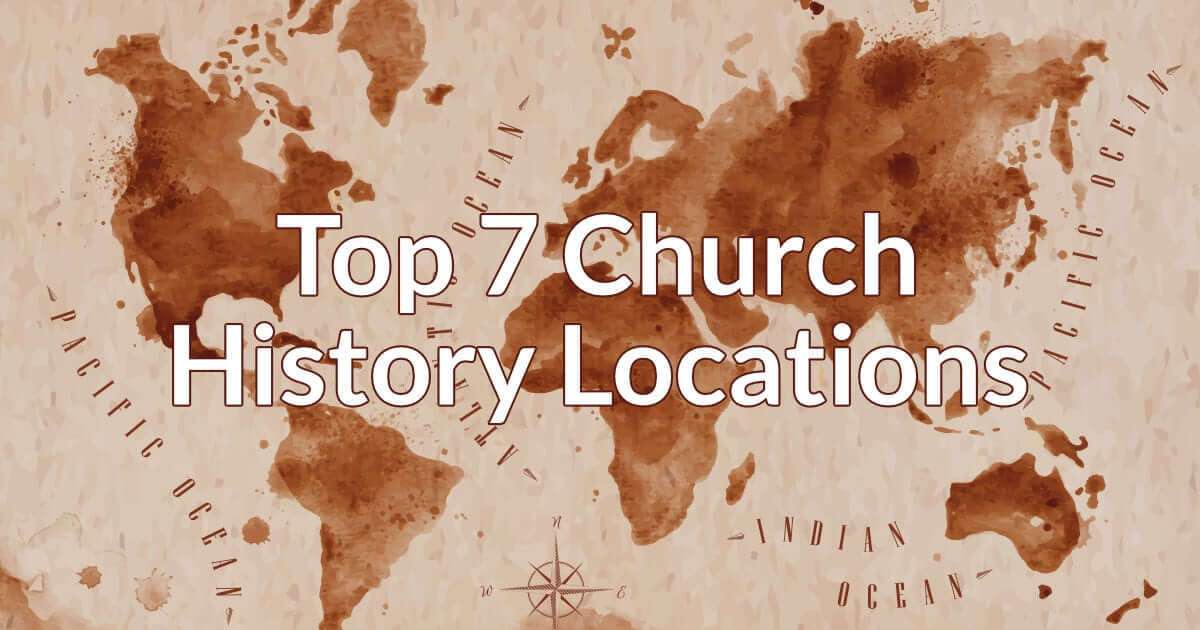 The sacrament of pilgrimage is older than recorded history. There is a magnetic pull in the heart of humanity toward sacred places, where heaven and earth meld together. Throughout the lifetime of Christianity, these sacred spaces have formed into places where moments of wonder have occurred in abundance. Wonder Voyage leads pilgrimages to locations across the globe, but there are a few that are fundamental for those who want to understand church history.

We start at the beginning. For thousands of years, the region encompassed by the modern-day nation of Israel has been a gathering place for many different cultures, customs, ethnic groups, and religious traditions. As a result, the history of Israel is one that includes a myriad of triumphs and tragedies, hopes and heartaches, destruction and reconstruction. For Jewish, Muslim, and Christian traditions, the city of Jerusalem is at the center of pilgrimage. To go to Israel is to enter the heart of both Judaism and Christianity and walk the paths of Jesus, Abraham, Mary, Moses, and other giants of the faith.

Greece: The Footsteps of St. Paul (The Early Church)

Christianity moved out from Israel into the non-Jewish world through men like Paul. As Paul tried to travel into Asia to bring the gospel, he heard the Spirit whisper, “No, not that way.” Paul was at the end of his tether. One night he dreamed of a Macedonian man who cried out to Paul, “Come! We need your good news!” Thus began Paul’s great adventure into Greece. Following in the footsteps of Paul in Greece brings the book of Acts and Paul’s letters in the New Testament to life. Throughout this journey you will visit the cities Paul lived and worked in throughout his mission to Greece: Philippi, Thessalonica, Berea, Corinth and Athens.

As Constantine ratified Christianity, the Western Church settled in Italy, the cradle for modern Western civilization. Italy stood as the nexus of philosophy, religion, trade, art, and science. Ancient Italy’s impact upon our modern world is a profound one. Today we can behold spectacles of great art in Florence, discover the words of St. Francis in Assisi, and walk the Vatican. Given its expansive history, Italy possesses many stories and small, off-the-beaten-path places. God is here, often in places unexpected and away from the tourist-heavy areas.

When Christianity came to Ireland in the 4th century, it came to the end of the map. The Emerald Isle is a land of great beauty and turbulent unrest, raucous laughter and bitter tears. Steeped in a rich Christian tradition, it was once known as the “Land of Saints and Scholars.” Wonder Voyage has been traveling to this radiant isle since its beginning. Whether it is a unique accommodation, like a pious monastery or an inn on the Aran Isles, or the smell of a peat fire in a quaint village, Ireland never disappoints. This once ‘edge of the world’ people always welcome us with open arms, a warm cup of tea, and a “Cead Mile Failte.”

By the 6th century, Celtic Christianity blossomed in Ireland. Thirteen Irish followers of Christ set loose on the wild Irish Sea to bring the gospel wherever God guided their sails. Their self-imposed exile was not a search for adventure, but rather an exercise in bold obedience. Their trust would be rewarded on this tiny white-sanded island off the western coast of what would one day be Scotland. From this small island, they reached the world with the message of God’s love. Even today, Iona remains an otherworldly place to visit. The tiny Iona Community, revived by George McLeod in 1938, still thrives.

Canterbury’s history is based on a story of revenge. The king sent four knights to find and kill Thomas Becket, Archbishop of Canterbury, because of his defiance to the throne. The priest understood the consequences of his actions, but he chose steadfast obedience to Christ. As a result, he would be cut down by four swords in the Cathedral – his blood spilled upon the floor of this holy place. For hundreds of years, Canterbury has remained a place of pious pilgrimage.  Although the heart of the Anglican tradition, Canterbury hails back hundreds of years earlier with the arrival of Christianity to England. Come and be inspired by the surroundings, the stories and the opportunities of service that still abound in the City of Pilgrims.

In 1517, Martin Luther nailed his 95 Theses to the Wittenberg door. Little did he realize, that event set in motion one of the greatest shifts in the life of the church. Germany has transformed the world in multiple ways. From these ancient lands came inventions, such as the automobile and the printing press. Then, there were world changers like Martin Luther, Beethoven, Karl Marx, and Albert Einstein. Like the fairy tale castles that are found throughout, Germany is a place where strongholds, both for ill and good, have dominated the land throughout history. As a pilgrim, this country will allow you to ask big questions about the heart of mankind while experiencing the redemptive goodness of God.

These are but a handful of the multitude of locations Wonder Voyage travels to tell the story of Christianity. Might your next journey be to one of these impactful sacred places?