A Friend Makes All The Difference 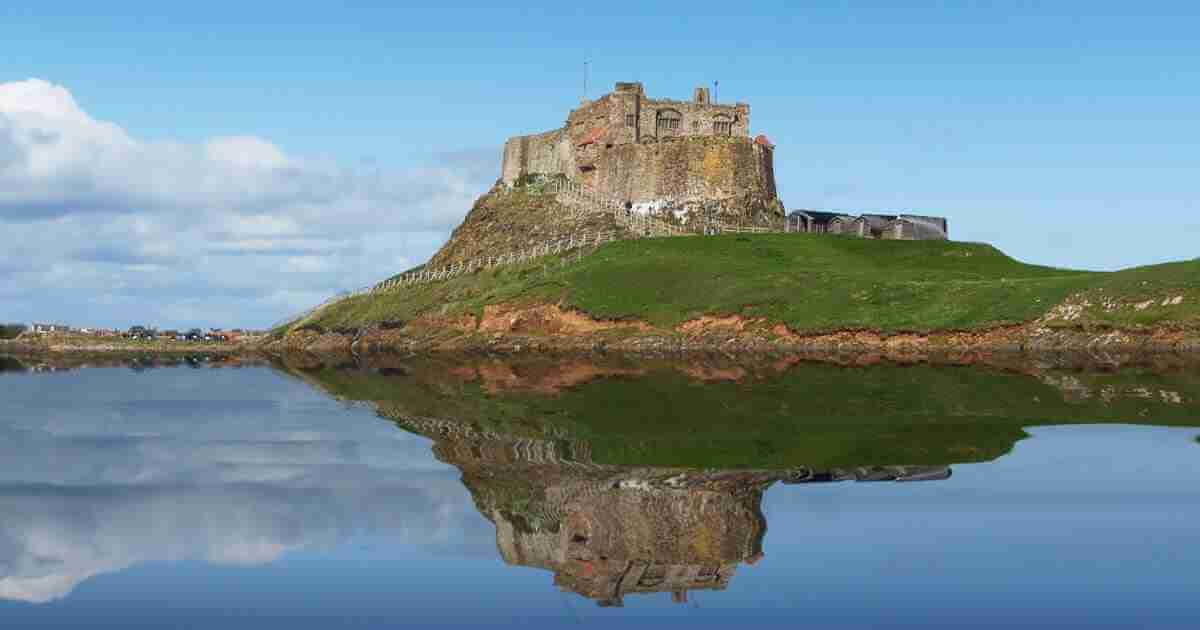 This summer’s been tough. Wonder Voyage has facilitated sixty trips. The travel challenges post-Covid have been legion. There were days I received more than a dozen urgent calls with last-minute readjustments in itineraries due to our changing world of travel. All those vital adjustments came in while I led trips in six countries. By August, I realized that I had not had a day off in over ten weeks.  This temporary situation was not the best for me, but it was necessary to keep Wonder Voyage in a healthy place. If I could have come at the summer voyage season differently, I would have.

In September, I spent a week on Holy Isle in Northumbria, UK, leading my last summer group. Holy Isle is one of my favorite places to find stillness and solace. The pilgrimage turned out to be one of those rare perfect teams. Gracious, loving, joyful, and faith-filled, our time together was a gift. It was a good voyage to end this crazy season of my life.

Holy Isle is a tidal island. Twice a day, the tide covers the road to the island for several hours, cutting people off from visiting or leaving the island. Staying on Holy Island allows one to soak up those quiet cut-off times. When the Irish monk Aidan established a monastery on Lindisfarne in 635 AD, he had no idea it would become a place of pilgrimage. In the seventh century, large posts were placed across the sands from the mainland to Holy Isle for pilgrims to cross when the tide was low. No one knows how many have traversed those wet, muddy sands over the last fourteen hundred years, but the short pilgrimage continues almost daily.

There are comical signs around the island showing a submerged car. They read: THIS COULD BE YOU. PLEASE CONSULT THE TIDE TABLES. Pilgrims still attempt crossing the three-mile pilgrims’ route as the tide is coming in. That can be a deadly mistake. Two towers are built along the route if you get caught in the rapidly flowing high tides.  These towers give you a safe spot to wait until the tides recede, cold but dry and alive.

As I walked the pilgrims’ path over the sands last week, I passed one of those towers just as rain, accompanied by booming thunder, came pounding down. I stopped and took a picture. The grey wooden structure, built to save lives, reminded me of Ronald.

I went into the summer with a heavy heart. The summer of 2022 would differ from the last twenty years of voyages.  Many non-profit organizations and travel organizations didn’t survive Covid. We were the double whammy of a non-profit and travel organization. The Wonder Voyage community, against all odds, survived, but the emotional toll of keeping the organization solvent had taken me to the edge emotionally, physically, and spiritually. I was about to enter the busiest summer of my life, and I was exhausted. My greatest burden was a spine injury.

In August of 2021, I experienced a rare spinal injury. One day, while I was out on a walk near my home, I seized up. For the next several weeks, my torso was wracked with severe tearing and burning pain, like my skin was peeling off. I was immobilized from my normal physical activity, including walking. The cause of the ailment took doctors weeks to figure out. The injury affected my thinking process and set my emotions on edge. I could not concentrate. I started forgetting things. And if the space around me was loud, the lights too bright, or the odors too strong, I went semi-catatonic. My brain could not handle sensory overload. For the last year, I have been recovering in degrees. The combination of my physical issues and two years of work overload put me in a mentally frail place.

Enter Ronald. We go back a long way. Ron and I have been friends since the second grade when we met at Roberge Elementary in Rivervale, New Jersey. We were inseparable as kids, especially in school. When I moved to the midwest in fourth grade we continued as pen pals. Our parents divorced around the same time and we looked to one another for support. We visited each other during the summers of our high school years, sharing the shenanigans of teenage boys. College was the great divide, sending us on separate paths for the next thirty years.

When fate brought us together in our late forties, our friendship rekindled in a blaze. We sat in a restaurant outside of Philadelphia, caught up, laughed, cried, and returned to where we left off as eighteen-year-olds.  We still see each other about once a year.

In April, I visited Ronald, and we caught up for brunch after I did a book reading at his daughter’s school. As normal, we sat down and asked about each other’s families, work, and our lives. Ron discerned something in me that was off. Before I knew it, he was walking me through the pain of the last two years. Holding my hand like a brother as I sobbed through lunch, he ministered to me with compassion, wisdom, and an understanding I had not found in anyone else. He understood the challenging road I’d walked as a leader, giving everything to keep an organization from crumbling away. Ron promised to walk by my side as I went entered the summer.

Every couple of weeks, I received a text from Ron, checking in on my status, returning my answers with words of encouragement, and reminding me I was not alone. His texts came at the perfect time.

One day I found myself praying for Ron with fervency. I knew in my gut something was not right. I left a message, and he immediately called back. His mom had just passed from cancer that morning. As I listened to his loss, he asked how I was. I laughed. Even in his pain, Ron was checking on me.

As I passed the emergency tidal tower crossing to Holy Isle, I thought of Ronald. He has been my tidal tower all summer. When the waters came rushing in, he was there, holding me up, keeping me safe until the tide went out. He has been a friend beyond what a friend might wish for.

Thank you, brother, for loving me well, for protecting me, for never leaving me, and for becoming the face of God when I needed Him the most. 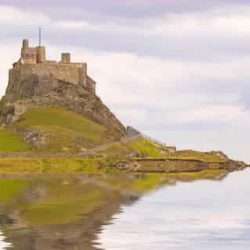 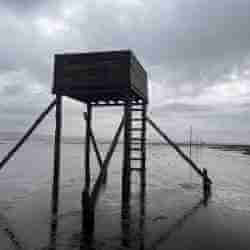 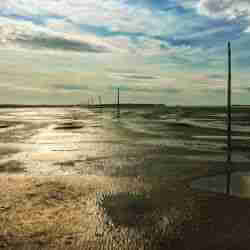 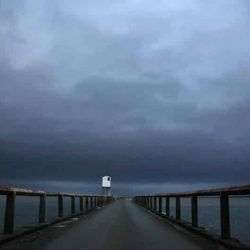 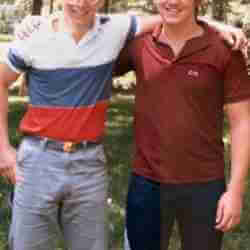