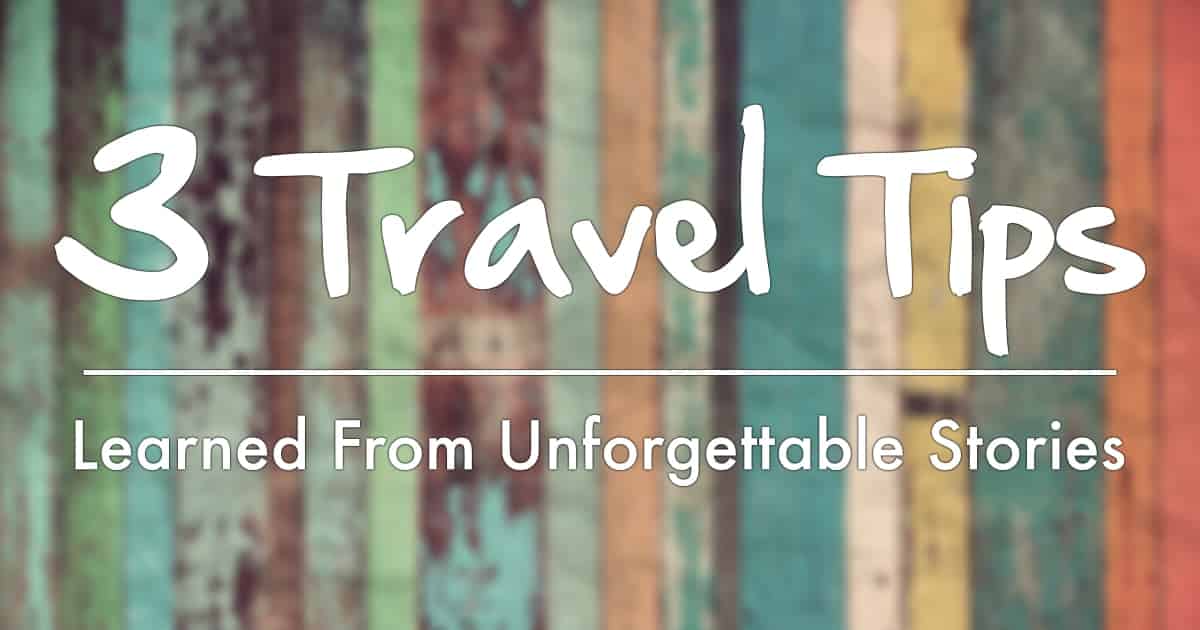 Our Guides are masters at taking traveling mistakes and creating a remarkable story from them. While we have collected tons over the years, three of these stories drive home the value of some of the most frequent travel mistakes: not double-checking your itinerary, overpacking, and not using a weather app.

Several years ago Brent almost missed out on a once-in-a-lifetime adventure. The itinerary started with two flights that landed the team at a smaller airport where a chartered plane would carry them to a deserted island for a week-long escape. Setting his alarm the night before, Brent glanced at his ticket and mistook the arrival time at the second airport for the departure time at DFW. As his travel companions boarded at DFW, they called him and asked where he was. He rolled out of bed, took the hour drive to the airport, and begged his way onto another flight. Thanks to a long layover, he caught up with his team, but since then, Brent has always double-checked his itinerary. His new ritual includes a backup alarm and a triple check of the ticket.

In 2000 Shawn was heading for his first pilgrimage to Africa where he would hit 5 countries in 18 days. His bag weighed 60 pounds when he checked it in. It was the farthest he’d ever been from home and he packed for every possible weather condition and scenario. After collecting souvenirs for family, his bag weighed in at 72 pounds by his third stop, Madagascar. It was then that he discovered his hotel room was on the fifth floor, and there was no elevator. He had to carry his suitcase up the stairs. The result: a minor hernia which required an overseas doctor visit. Based on the doctor’s advice, Shawn left 40 pounds of unnecessary items at the hotel, and he vowed to keep all future trips (whether 4 days or 2 weeks) to 6 days worth of clothes that can easily fit into a backpack or carry-on.

Use a weather app

One summer, Molly took a team to Jackson Hole, Wyoming. Though the team was warned of the potentially blizzardous conditions, only the two leaders and the two Eagle Scouts on the trip properly prepared. The rest assumed there was no way a blizzard might fall in July. The storm dropped 6 inches of snow on their first night in Jackson Hole. St. John’s Episcopal Church opened its doors, cooked soup for the cold pilgrims, and the group leader bought mittens, scarves, and other pertinent items from the church’s store. Molly gave her hiking boots to a girl who only brought flip-flops and a pair of tennis shoes. The next day, the team made snow angels while hiking around Old Faithful. It was a pilgrimage the team members will never forget and it was a great example of just how important it is to always double-check the weather before packing.

What about you? Any big dos and don’ts about travel that you learned the hard way? Share your story in the comments below.