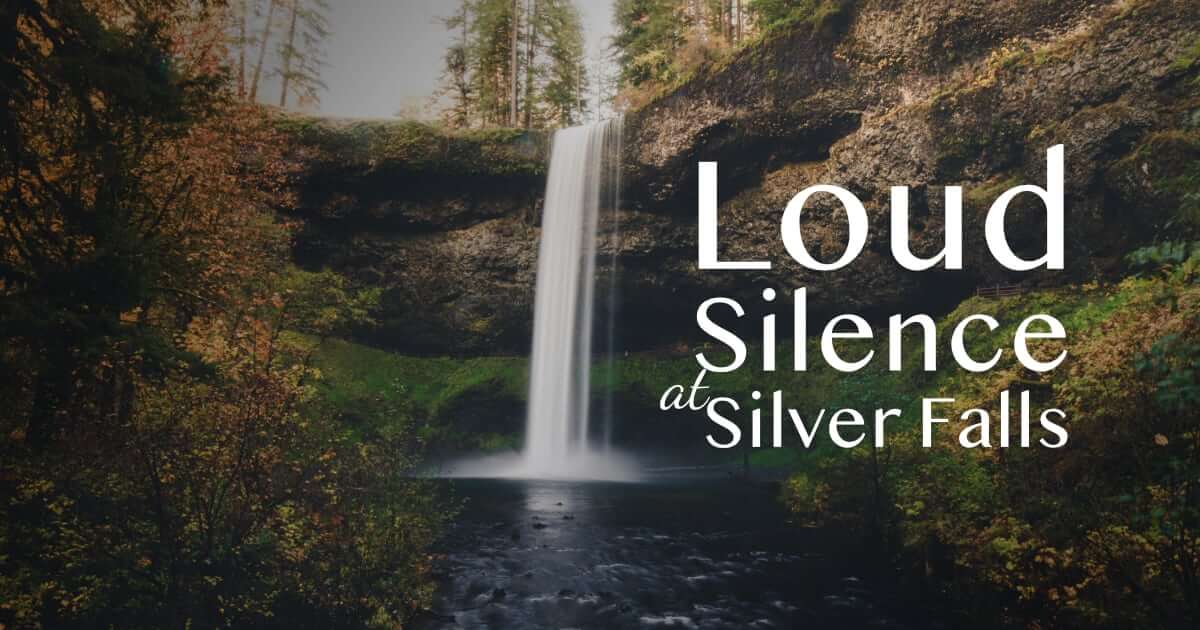 Our J2A Pilgrimage took us from San Francisco up the Pacific Coast where we met up with our Wonder Voyage Directors just over the Oregon state line. Though Silver Falls wasn’t on our original itinerary, we elected to veer off the schedule a bit to see the “crown jewel” of the Oregon State Parks.

Our group of high schoolers was not super excited about being in the car for longer than anticipated, but we went nonetheless.

We walked into the edge of the Park, hiked down to the path, and then followed the trail around the Falls. They are indeed breathtaking. And loud! So loud that you can’t really hear other people talking around you. 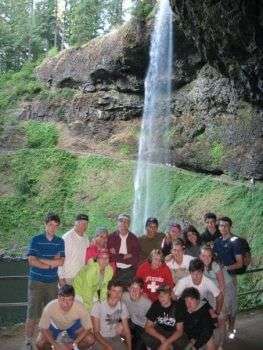 In that moment, though you are surrounded by people, it is almost like you are by yourself if you stop for just a minute. That’s what I found many of the young people from our group were doing. They stopped to take it all in.

Our Director challenged us to be silent on our hike back to our vans. Our group complied. Later at our nightly worship and sharing time, so many of the young people commented that Silver Falls was where they had encountered God that day. They had experienced peace. One young person said something I still remember all these years later, “The falls were so loud they made it possible to hear God.”